Twitter's video recording app Vine finally arrives for Android with same features as iOS. With this app you can shoot 6 second video and allows to share with your friends on social networking sites including Twitter. The company launched Vine app for iOS devices on last January 2013, currently it gains 13 million registered users. 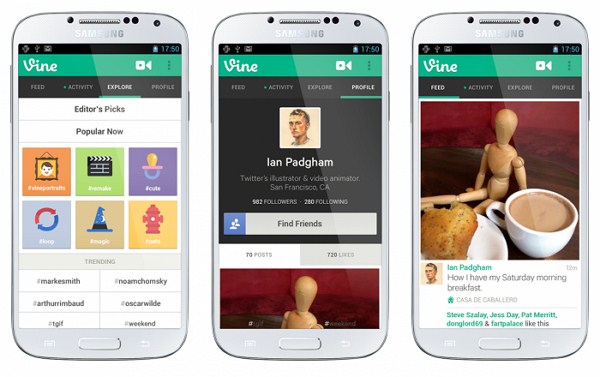 "Vine for Android has many of the features that more than 13 million people have grown to love: easy video creation with automatic playback and sound; Explore, where you can discover popular posts and see what’s trending; and Find Friends, where you can find and invite people you know to join. You can also share your posts to Twitter –– people will be able to watch them right within your Tweet"-said on their official blog post.


Android version includes unique zoom feature and the company decided to launch more new features for Android like front-facing camera support, search, mentions and hashtags, and the ability to share to Facebook.


The app supports Android 4.0 and above devices, users who is having these devices can download Vine app from below Google Play link. If below link does not work for you please wait a moment to work.