With this app You can also type to translate with your keyboard and hear translations spoken with a native speaker's accent. 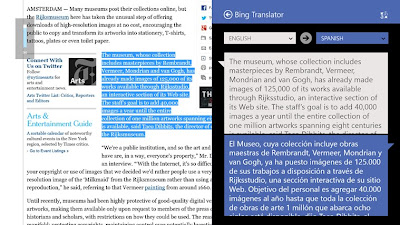 Bing translator for Windows 8 enables you to translate contents while browsing and chating on the internet.