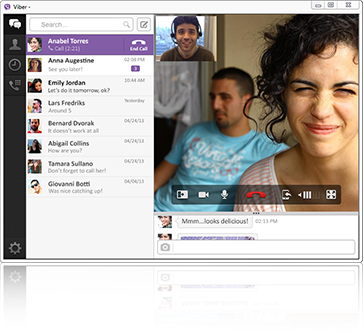 Viber desktop app lets you send free messages and make free video calls to other Viber users, on any device and network, in any country. Viber desktop app syncs your contacts, messages and call history with your mobile device. And it allows users to make group conversions with their friends across all the devices. And you must be a mobile Viber user to use desktop version. Download Viber Desktop app here