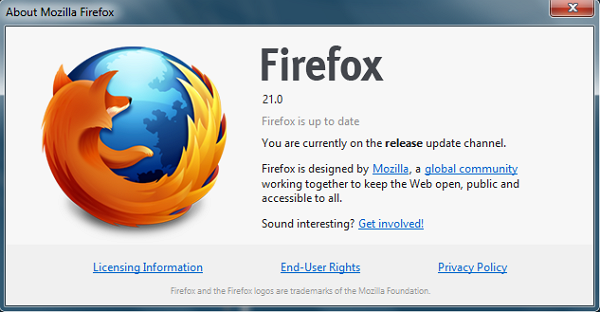 What's New:
To know more about Firefox 21.0 wait until tomorrow for official release.