Chrome 28 beta for Android brings new built-in translation button on every webpages seeing through your Android device. When you find webpages in other language simply touch on the translate button, quickly the page will translate to your native language 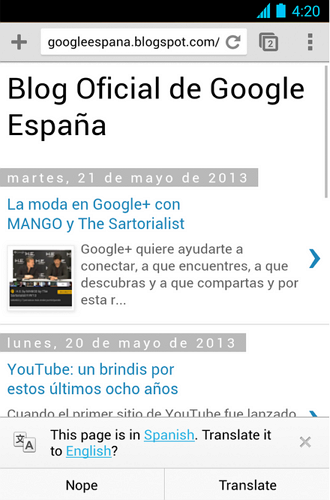 Chrome beta for Android now supports fullscreen mode on tablets, following full screen support on phones in previous stable version.  When you scroll down webpage the top toolbar automatically disappears, you can see webpages content in fullscreen. The toolbar will be automatically display when scroll up screen.  And  this version enables "+" toolbar on phones, now users can create new tab even easier just touching the "+" sign.

If you are seeing Experimental data compression feature by going Settings-Bandwidth Management with Chrome 28 beta, you can see your estimated bandwidth savings. 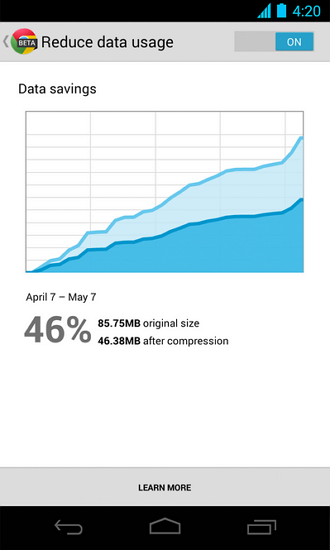 And also Chrome 28 beta for Android comes with various stability improvements and bug fixes. You can down it on Google play with this link. Remember you won't find Chrome beta version by searching on Google play.