Mobile Security company Lookout has discovered a new malware family in 32 android apps across four different developer accounts in Google Play. According to Google Play stats, these 32 apps have been downloaded between 2,000,000 – 9,000,000 times by users. 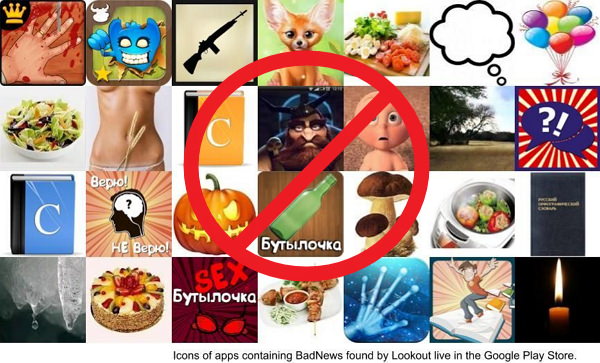 Lookout has sent request to Google Play to remove these 32 affected Android apps. Google will take action to remove affected apps and associated developer accounts, if they are really affected. According to Lookout 22/32 affected apps are developed in Russian language. checkout full list below 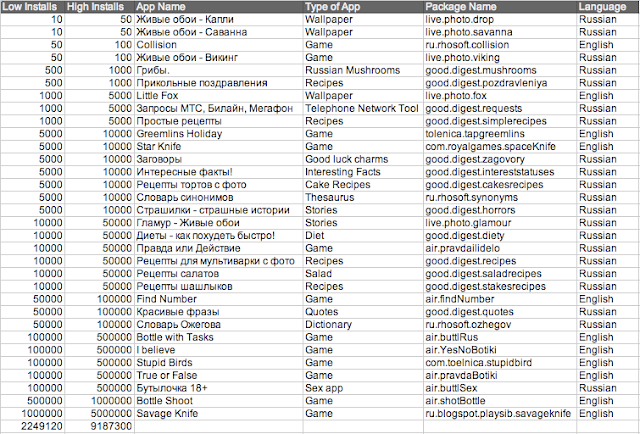 Lookout says "About 50% of the identified applications are in Russian and AlphaSMS is designed to commit premium rate SMS fraud in the Russian Federation and neighboring countries such as the Ukraine, Belarus, Armenia and Kazakhstan. It’s worth noting that the people controlling this malware are also using it promote their less popular apps, which also contain BadNews."
source