According to Gmail official blogpost "Indian culture is diverse, with more than 100 languages and thousands of alphabets used every day.Starting today, we are rolling out support for 6 Indic languages in Gmail on the feature phone browser: Bengali, Gujarati, Kannada, Marathi, Tamil, and Telugu." 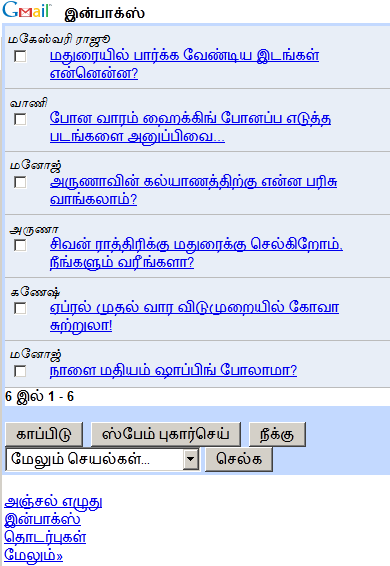 To change you Gmail display language follow the below steps:

Now your Gmail interface will appear in the language of you have selected above. Note  Gmail's display language doesn't affect the language in which your messages are sent and received.