The new camera feature allows users to capture multiple photos, save all in to a note. When you’re making a photo note you can find a new feature called Page Camera, it allows to save physical documents and papers in Evernote. 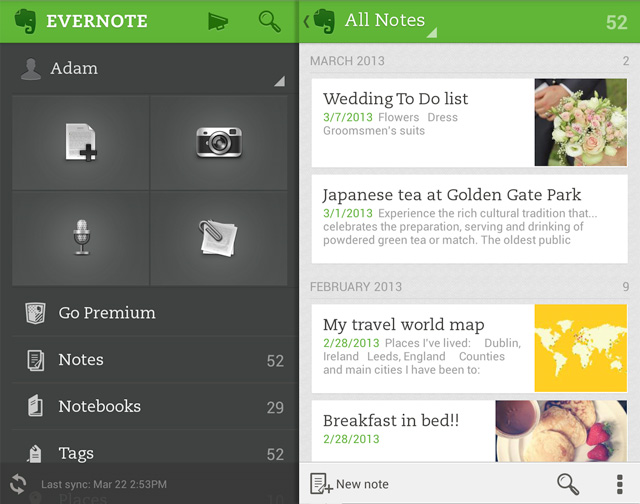 Evernote 5.0 includes new shortcut features lets you quickly jump to notes, notebooks and tags that you access frequently. To create a Shortcut, open the Shortcut Panel by swiping from the right edge of the screen on the note list, notebook list, tag list, or when in a single note.


The new version includes new search feature that lets you to search your documents, presentations, spreadsheets and more.