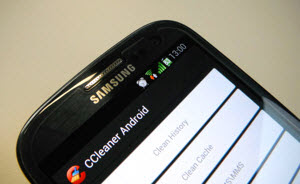 CCleaner is a well known system optimization software that allows users to remove unwanted files from Windows and Mac computers including latest Windows 8 operating system. Across world the software downloaded by users more than 1 Billion times.

Here the good news for all Android users, The CCleaner for Android coming soon with one click cleaning tool that allows to boost your Android speed like new device in a single click. The CCleaner doesn't says the  final release date of its Android version, but the developer team working hard to launch as soon as possible.

Previously CCleaner v 3.28 released for both Windows and Mac computers. And also they are developing CCleaner 4.0 for desktop computers.