Dropbox is a #1 cloud storage service that offers 2GB free space for every new users, currently having more than 100 million active users. Dropbox having own app to sync the files from all major platforms like iOS, Android, Windows, Mac, Blackberry and more. The company released a new version  for iPhone and iPads. 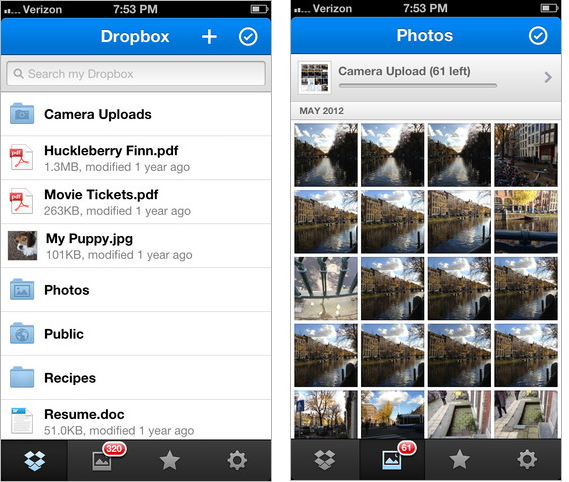 The Dropbox for iOS v2.1 contains built in PDF viewer, that enables users to view .PDF files from their iPhone and iPads. So no need to install additional app to view PDF files. And also with this new version you can receive push notification when someone shares a folder with you.