Nokia 114 having 1020 mAh battery capacitive standby time up to 637 hours and music play back time up to 27 hrs. It has VGA camera with 4x zoom feature. It has useful pre-loaded apps like Twitter, Facebook chat and more. 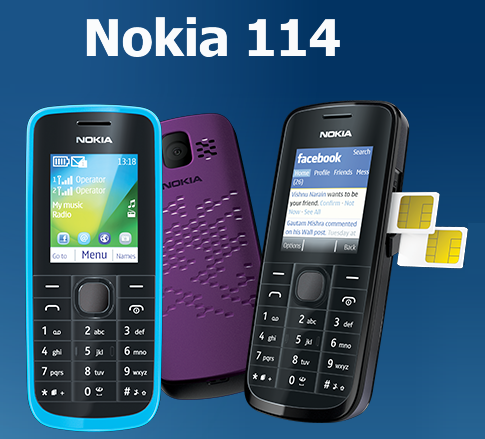 The price of the device has not yet been announced. Check later for price update!