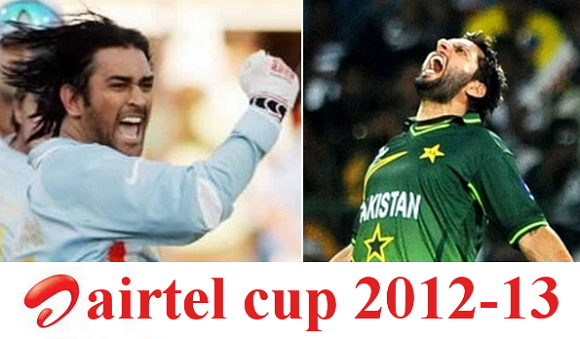 As per BCCI announcement Pakistan team arrivals to Bengaluru in 22 December 2012 and plays two T20 matches and three One Day international matches with India. After tournament completed Pakistan team departs on 7 Jan 2013 from India.
Below the tournament fixtures released by BCCI

But BCCI did not announced about match begin timings. But according to me all matches may be day night matches.