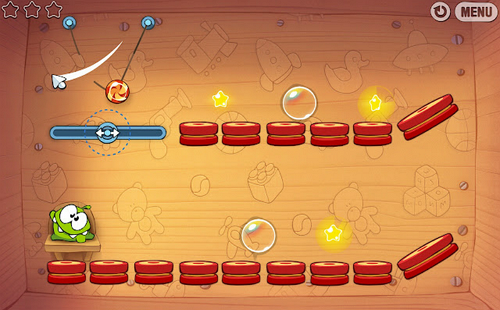 Cut the Rope is the award-winning game from gaming company ZeptoLab. ZeptoLab announced the release of  Cut The Rope available in Chrome Webstore. So any one can play Cut The Rope game for free in their chrome browser through world wide.

Feed Om Nom his candy by strategically cutting ropes, floating in bubbles, and leveraging other physics-based gadgets. Collect gold stars as you progress to unlock new levels and environments.

Cut the Rope has achieved phenomenal victory from world wide.  Cut the Rope game was released On October 2010 for iOS was made available through the App Store. With in nine days the game had been purchased one million times and risen to the top of the App Store's charts.