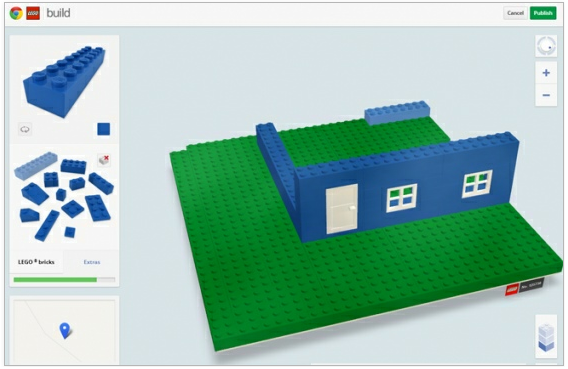 Every children enjoying building things with lego bricks and also it will increase their creativity mind. Google Australia announced the release of build with chrome online tool. Build with Chrome is latest Chrome Experiment which lets you explore and build a new world of LEGO creations together online. With 8 trillion bricks, think of Build as the largest LEGO set you’ve ever seen.

It shows how far browser technology has come and how the web is an amazing platform for creativity.The tech giant made construction tools built by WebGL, which enables powerful 3D graphics in your chrome browser.