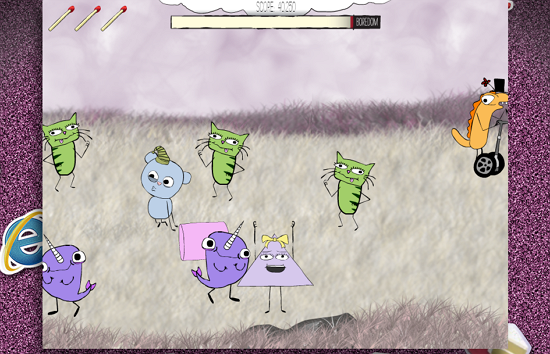 According to Micorsoft blog Bored To Death is an arcade style brawler intended as a throwback to arcade games of the past and powered by JavaScript and HTML5.. The game has our bored Marshmallow people running around the playing environment trying to keep themselves from literally being bored to death. Even cooler, a second player can join the game on the same physical keyboard. For those interested in the arcade setup, we’ll be taking the Marshmallow People on the road at events around the US over the coming months to give developers a chance to get hands on with the arcade.