Most of rumours flying all around the internet regarding Google’s unveiling a cloud storage which will be called Google Drive. Previously Park Android posted leaked screen shot of Google drive now As per blog post on TNW they got a draft release from a partner of Google Drive service and it gives away a wealth of information about how Google plans to take on the incumbent Dropbox. With 5GB of storage, and it launches next week, likely on Tuesday at http://drive.google.com 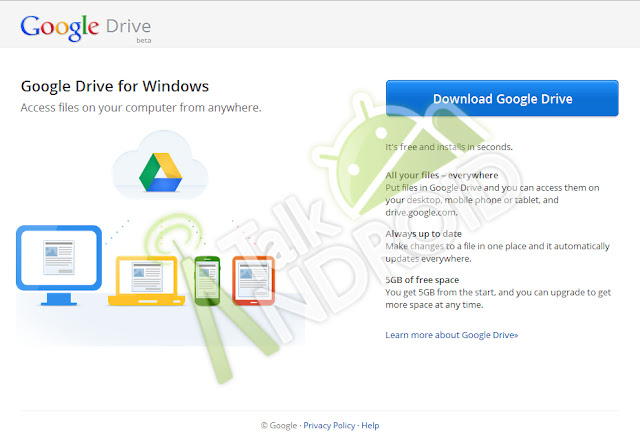 Google launch this service to Windows, Mac, Android and iOS devices. and also Tech Crunch released the error screen shot of Google Drive OS X app. you can login to Google Drive with your Gmail Id. So don't need to create new one.

Both tech giants TNW and Tech Crunch confirmed alive of Google Drive cloud storage service. But we have to wait untill next weak for these rumours will be real or fake.