How to bring Google Translate feature in google plus [Chrome]

Google plus is growing very popular social network site released by Google. It has more features and some useful features are going to come. You have sharing, reading and posting your thoughts and experience to your friends in circle. Peoples are sharing posts in Google Plus many languages depend upon their native and community. If you want to know the meaning of unknown language posts in google plus in previus have to copy the content or URL and paste it in translator site and convert it to your native language. Now no need to do like that. Here is the tutorial how to bring google translator feature in google plus. 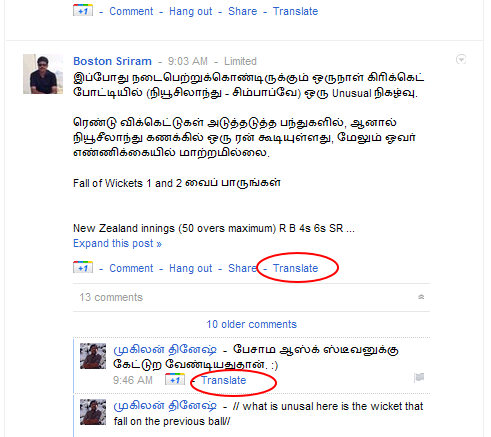 For this feature a useful chrome extension released by google that name called Goole Translate for Google+. If you want translate feature in google plus you install the extension to your chrome browser.
How to

How to change default language: 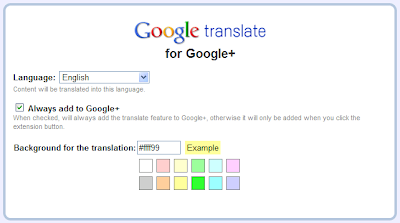