Our Indian prime minister Mr. Manmohan Singh finally arrived on twitter. He joined the twitter from Jan 23rd and till now 15,546 are following him but he is not follow any other. Even though he is the best friend of Barack Obama Singh did not follow him on twitter. 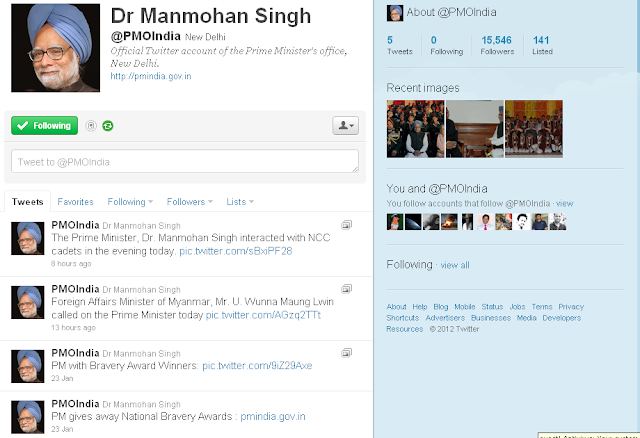