We all know about firefox web browser. It is very popular and fantastic web browser on internet. Mozilla Firefox is a fast, full-featured web browser that's easy to use. It has lots of great features including popup-blocking, tabbed-browsing, integrated search, improved privacy features, automatic updating and more. Recently Firefox 6.02 stable version released by Mozilla corporation and its moving to create new version to fight with google chrome. 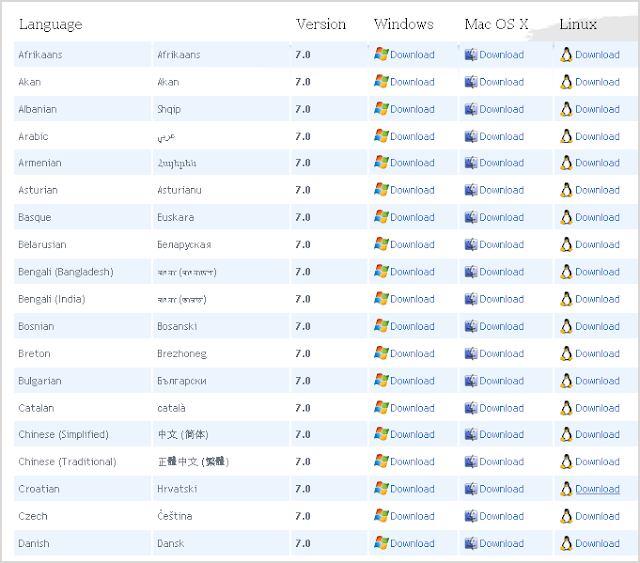 Go to this link and download another regional languages